I became a Mandeville & Elm Farm resident in 1982 and immediately found myself becoming involved as a  local campaigner for the issues facing the residents.  I have represented the residents of Aylesbury as a Town Councillor continuously since 2001. A former Mayor of Aylesbury, currently I am the Armed Forces Champion for the Council and the Town Council representative on the Aylesbury MultiCultural Centre Executive.  I also served a term of office as a Councillor on the Aylesbury Vale District Council and Bucks County Council.

As a Councillor I will continue to strive for a safe, pleasant environment for the residents of the Aylesbury South East Ward.

The Aylesbury South East team sent around a note to residents around William Harding School this week regarding the works due to be undertaken on the footpaths. You can read the letter below.

The Aylesbury South East team sent around a note to Elham Way residents this week regarding the works being undertaken on the footpaths. You can read the letter below.

The Aylesbury South East team Cllrs Sue Chapple, Denise Summers, David Thompson & Denise Summers have been contacting residents in Elm Farm following as over the last few weeks a number of them may have received a letter from a company called Legacy Land Holdings Ltd.

Over 680,000 volunteers had promised their time  to take part in the  Great British Spring Clean in March/April organised by Keep Britain Tidy which sadly had to be cancelled. 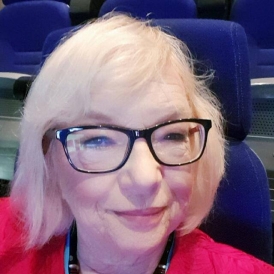