Rob was born at the Royal Bucks Hospital in Aylesbury, and home for the earliest part of his life was on Bedgrove.  His family then moved to a small village near Bicester, so Rob knows the local area well, both town and country, and understands the issues that matter here: the need for vibrant high streets and thriving villages, for good roads, accessible healthcare and the preservation of the countryside. Rob opposes HS2 and will make local voices against it heard in parliament.

Rob’s professional life began as a TV news presenter and reporter – first at the BBC then at Channel 5.  Since 2005, he has been self-employed as a communications consultant, working with large and small companies around the world.

Rob firmly believes in public service and has had a number of roles in the community: governor of primary and secondary schools, a prison monitor and a magistrate. He was a Board member of the Youth Justice Board, and until selection as the parliamentary candidate for Aylesbury, was a non-executive director of HM Prison and Probation Service and member of the Sentencing Council.

Rob voted to leave the EU because he believes there are better opportunities ahead for the UK as an independent, sovereign country where we have control of our laws, our trade, our money and our borders. He wants to bring the benefits of Brexit to Aylesbury, Wendover, Stoke Mandeville, Stokenchurch, the Hughenden Valley and all the hamlets and villages which sometimes feel forgotten. That means attracting high-quality businesses so our town is safe and sustainable, investing in our local NHS, schools and police, and protecting our beautiful countryside from over-development.

Aylesbury Conservative Councillor and Chair of Buckinghamshire Council's Aylesbury Community Board, Mark Winn, has presented the town's MP Rob Butler with a petition to take to Parliament calling for the construction of the Aylesbury link of EWR.

Aylesbury MP Rob Butler has welcomed the Conservative Government’s new £760 million funding pledge to help deliver the next phase of East West Rail. The works between Bicester and Bletchley are expected to create 1,500 new jobs.

Over 680,000 volunteers had promised their time  to take part in the  Great British Spring Clean in March/April organised by Keep Britain Tidy which sadly had to be cancelled. 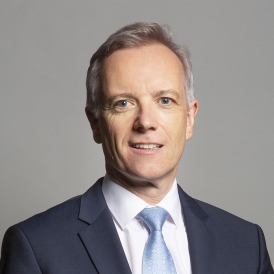