Peter Strachan was first elected to AVDC in 2011.  A former 30 year career RAF Officer, Peter and his family have lived in Bucks since he was first posted to RAF Halton in 1995 and has lived in Wendover since 2004.  Peter has opposed HS2 since it was announced and believes that as a local member living in the local community, he is particularly well placed to represent the community residents to deal with local issues.

Buckinghamshire Council has today announced it will be working to convert its vehicle fleet to zero emission, electric power in a unique partnership with Silverstone-based company Lunaz, the world leaders in vehicle restoration and electrification.

Buckinghamshire is one of the first places in the country to be holding a trail on wireless electric charging. 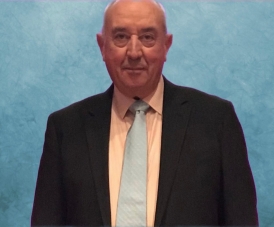