Working Through The Rain 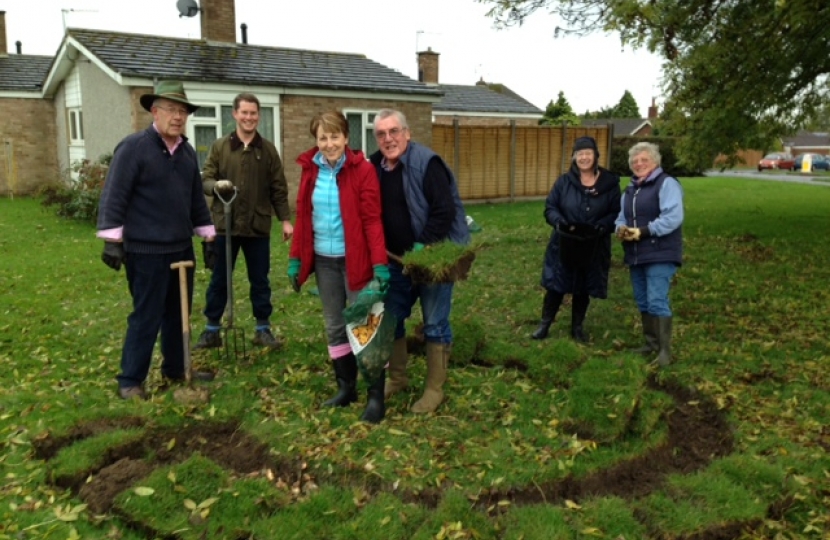 On Saturday Mandeville & Elm Farm Councillors Sue Chapple, Brian Roberts, Brian Tyndall and Denise Summers along with a group of volunteers spent a rainy morning planting more than 1,400 daffodil bulbs outside the bungalows on Harvey Road, opposite the shops. The daffodils which were funded by Cllr Roberts Community Leaders’ Fund were planted on land owned by VAHT (Vale of Aylesbury Housing Trust).

Cllr Roberts said, “It is great to be able to do something for the community and that is what is so great about the BCC Community Leaders Fund. While we were working we had residents come out to chat to us saying they were looking forward to seeing the daffodils in the springtime when they appear. We were soaked by the end, but it was worth it as we hope in a few months time the residents of Harvey Road bungalows will have a cheery view from their windows.”

In the past Brian Robert's Community Leaders' Fund from Buckinghamshire County Council has helped to fund over 3,000 daffodil bulbs, seven wooden benches, planted trees, two salt/grit bins, the clearing of an overgrown car park area, the clearing of graffiti and painting of mural at Elm Farm/Harvey Road underpass and many more things to come.