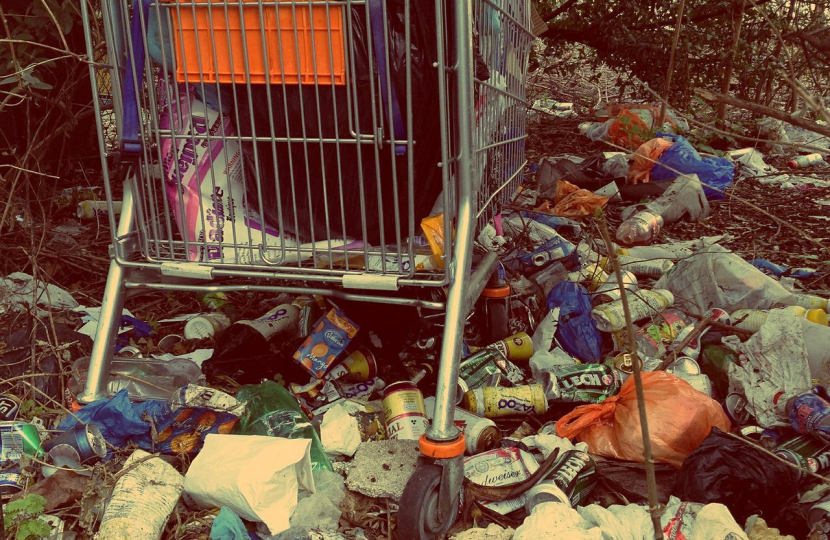 Buckinghamshire Council is working harder than ever in order to permanently prevent fly-tipping across the county. New camera systems have been put in place in southern areas of the county with the addition of non-official laybys’ being closed and turned into grassy banks. These methods have all been used in order to fight those criminals who illegally dump waste on our streets and roads. With a zero tolerance on fly tipping Buckinghamshire Council have been successfully prosecuted and sentenced offenders over the last 10 years. Each year it costs Buckinghamshire Council over £600,000 to clean up rubbish that has been dumped in our area. This money could quite clearly be spent on providing services to residents including tackling homelessness, funding towards schools, and helping the more vulnerable residents in the county.

Buckinghamshire Council have installed new camera systems which can identify vehicle dumping rubbish in present time. The cameras can provide a video of the incident and this is reported to enforcement officers, including the registration of the vehicle. £50,000 was given by DEFRA to Buckinghamshire council by DEFRA for the systems to help identify the culprits and prosecute them.

To reduce places where rubbish was most commonly dumped Buckinghamshire Council have been building up large grass banks in these  identified locations which is made out of re using 400 tonnes of tested soil which was previously illegally dumped in other locations.

When the local fly tipping enforcement team find evidence linked to a householder they will visit this to collect evidence. They will take reasonable steps in order to identify the person whom they hired to remove their rubbish and make sure that the rubbish is properly disposed of. If a householder can provide enough evidence of the identity of the person who had taken their rubbish away (such as bank transactions or CCTV evidence) the investigation can move forward a step and focus on the perpetrator who dumped the rubbish. However, if the householder had paid in cash to a now unidentifiable individual they may face a £400 penalty for failing their ’duty of care’ If the incident is serious it could escalate to court and end in criminal conviction, possible imprisonment or a large fine.

Bin collections across the county will be operating to a revised timetable over the Christmas Holiday period. We produce around 30% more waste during the holiday period, it’s important to reduce, reuse and recycle while we enjoy the seasonal festivities.