Rob Butler selected as the Conservative Party Candidate for Aylesbury 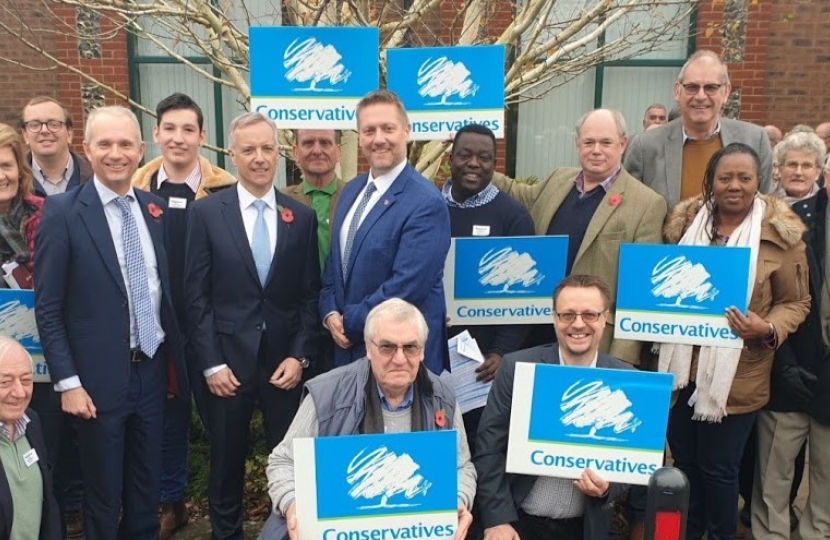 Following the retirement of David Lidington after 27 years of being the Member of Parliament for the Aylesbury constituency on Saturday the members of Aylesbury Conservatives selected Rob Butler to be our candidate.

Rob, was born in Aylesbury has roots in and around the Aylesbury constituency including a great grandfather who was the Bledlow Ridge village blacksmith! Rob’s early career as a journalist and national news anchor led to him setting up his own company advising companies and organisations on communications. This change of pace gave him the time and flexibility to give back to the community severing as a magistrate as well as public appointments in prisons, probation and youth justice.

Association Chairman, Cllr Steve Broadbent, said, “Rob has hit the ground running to campaign hard to be able to represent the people of Aylesbury, he was speaking to residents on the doorsteps within an hour of being selected. Rob has a track record of public service and I know that he will be a dedicated community champion for the residents across the Aylesbury constituency, fighting to stop HS2 and making sure that we deliver Brexit so that we can concentrate on getting Britain back on track and unleashing Aylesbury’s potential.”

Sir David Lidington to stand down as MP for Aylesbury

Following a conversation with our Association Chairman, Cllr. Steve Broadbent,today Sir David Lidington has formally written to the our Executive Council to announce that he wishes to retire and not seek re-election for Parliament in the next General Election.