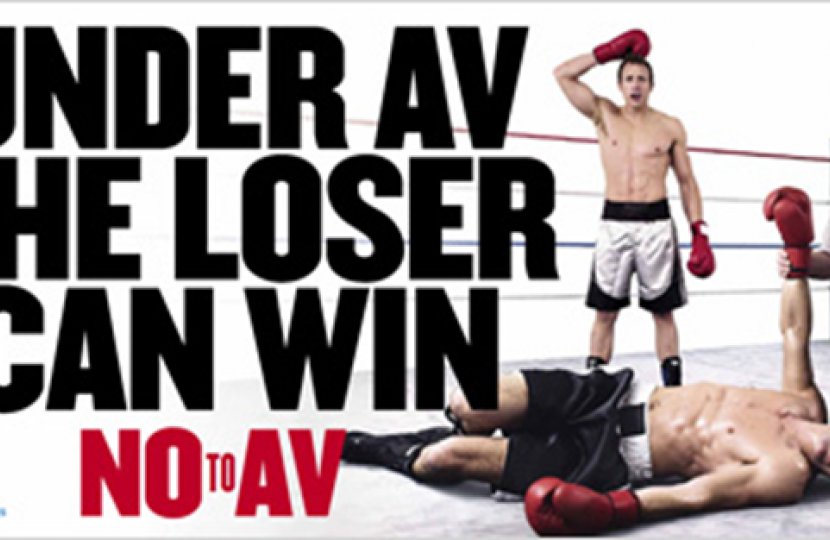 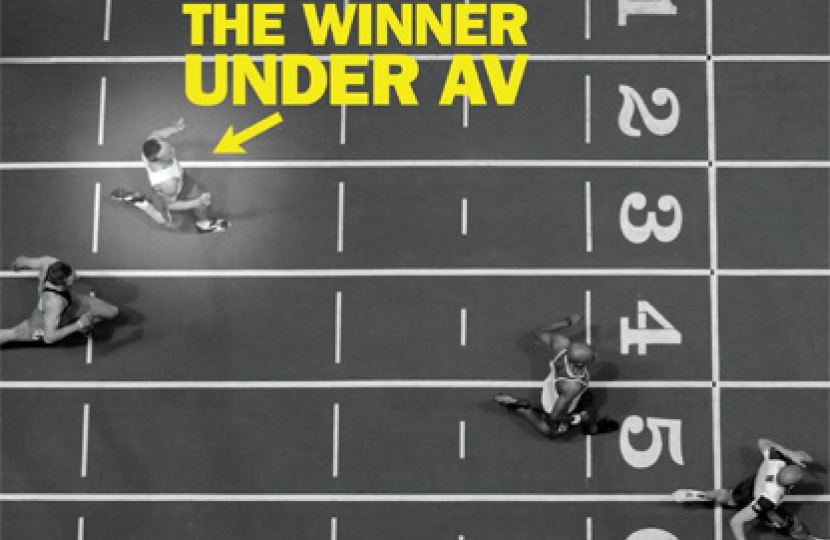 Our democracy is built on a fair and simple principle: each person has one vote - and the candidate with the most votes, wins. AV turns this principle on its head. Not only do some people end up having more votes counted than others, but under AV, the candidate who comes second often wins. Just imagine if we applied this to our sports competitions. In the boxing ring, the guy who's knocked out is declared the winner. In the Grand National, the horse that comes second, wins. In the London Marathon, it's not the guy who crosses the finish line first who gets the Gold Medal - it's the runner who came second or even third. It's crazy. We wouldn't stand for this in a boxing ring or at the London Marathon, so why on earth should we stand for it in our politics?

With just over two weeks until you decide how the future of our country will be decided at Westminster elections you should remember that:

Rather than the candidate who receives the most votes winning the election, the person who finishes second or even third could be declared the winner.

Calculating the results is a long, complicated process, which would cost the taxpayer millions. It can take days to figure out exactly who has won.

Whereas First Past the Post is the most widely used system in the world, only 3 countries actually use AV - Fiji, Australia and Papua New Guinea. In Fiji they want to get rid of it, and in Australia six out of ten people want to scrap it.

Even the 'Yes' campaigners don't actually want AV - they see it as a convenient stepping stone to even more reforms. Many of the Yes campaigners have previously criticised AV.

AV is not a proportional system

The independent commission chaired by the senior Liberal Democrat Roy Jenkins in 1998 concluded that AV was 'even less proportional' than our existing system, and warned that it was 'disturbingly unpredictable'.