HS2: A message from David Lidington 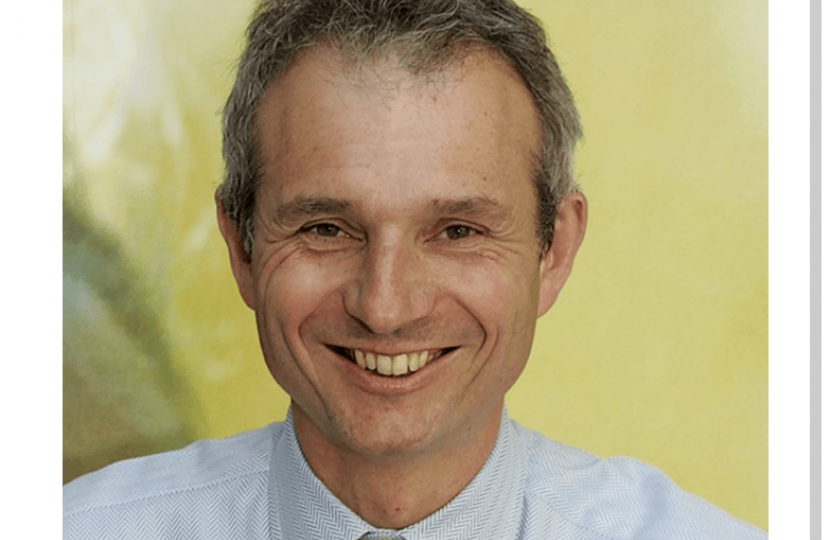 As you will almost certainly know, HS2 Ltd has published a draft environmental statement which is subject to a public consultation that closes on 11 July. I shall be submitting my own response to that consultation which will reflect both my own views and those expressed to me by constituents.  In recent weeks I have held meetings with the Chilterns Conservation Board, the National Trust, the Berkshire, Buckinghamshire and Oxfordshire Wildlife Trust and representatives from the parish councils and action groups from both Wendover and Stoke Mandeville in order to understand precisely what their priorities are with regard to environmental mitigation.  I have also been in touch with Coldharbour parish council to ask for their input.  I would strongly encourage you if you have not already do to make a submission to this consultation before the deadline.

As you are probably aware, the High Speed (Preparation) Bill, sometimes known as the Paving Bill, was approved at Second Reading in the House of Commons yesterday by 330 votes to 27 votes.  This Bill does not authorise the building of HS2, nor does it create any new powers for HS2 Ltd or the Department for Transport in respect of people’s property.  Its purpose is to authorise the spending of money on preparation for a high speed network (no route is specified) and on compensation.  There was some debate in the House of Commons about whether this Bill was in fact needed at all since the Department for Transport has been spending money both on preparation and on compensation for many months already.   Indeed, I was advised by the House of Commons library, which provides professional and independent research to all MPs, that they did not believe that the Bill was necessary.  Nor is it the case that the Bill allocates additional money for spending on HS2.  The Department for Transport’s budget is settled in negotiations with the Treasury and the Department cannot spend more than the Treasury agrees. You can see the Hansard report of the debate at:

As you will see in column 360 I asked my colleague Cheryl Gillan MP, who represents Chesham and Amersham, to say a few words on my behalf.  She also did so on behalf of the Speaker John Bercow (Buckingham) and the Attorney General Dominic Grieve (Beaconsfield) who because of their offices are also unable to speak in the debate.  She was able briefly to highlight some of the priorities mentioned to me by constituents.

I did not take part in the vote on the Paving Bill.  As you know, I set out my own views on the principle of HS2 openly and at length in my submission in 2011 to the public consultation on phase one.  However, once the Cabinet took a formal decision to go ahead with HS2, I had to take forward the HS2 debate within the rules set out in the Ministerial Code.  This is a formal code which governs how ministers should deal with any potential conflicts of interest, whether personal or constituency, and it is publicly available at:

In terms of how a minister can handle a constituency issue there are basically two key principles in the Code.

First, you are not allowed to use your ministerial role to advance a specific constituency interest.  To be honest, as a Foreign Office minister this is not something that really affects me personally, but the rule means that if, for example, I were in the Department for Transport, I would have to remove myself from any government policy decisions about HS2 or any other transport issue that affected my constituency, turning those over to another minister in the department.  Exactly the same rules have applied to every minister in every government in recent times.

Second, the Code means that ministers cannot publicly attack government policy although there is nothing whatever to prevent very frank conversations in private with ministerial colleagues responsible for taking a particular decision, nor is there anything to stop strong representations being made on behalf of constituents.  Indeed, the Code points out in some detail how a minister making representations on a constituency issue should set out clearly, whether in a letter or conversation, that he or she is speaking on behalf of constituents in addressing  a particular subject.

I have been approached by some constituents to ask me to vote against the Paving Bill. If I had done as they asked this would have meant resigning from the Government.  It is a fact that being a minister I cannot speak out as vigorously in public as I would be free to do on the back benches.  On the other hand, as a minister I have access to senior ministers which is not available in the same way to back bench members of parliament.  Front and back benchers whose constituencies are affected by HS2 do work very closely together to make sure that our efforts complement each other’s.

I have to say I simply don’t see that there would be any benefit to the constituency campaign against HS2 for me to respond to the Paving Bill by resigning from the government.  Such action on my part would not have stopped the Bill.  What it would have done is reduce my access to senior ministers and remove any leverage that I might have at a time when really important decisions about mitigation and compensation have yet to be taken.

In the last few months I have used my access to meet with the Prime Minister, Chancellor and Secretary of State for Transport to discuss HS2.  These conversations have been very frank and the Prime Minister, Chancellor and Secretary of State are in no doubt about my views or that my constituents believe this project should be abandoned completely.  Organisations like the HS2 Action Alliance, 51M and local action groups do not get direct access to senior ministers.  I do – and I use those opportunities to put across the expert arguments and evidence that the campaign groups have assembled. Voting against the Paving Bill would have meant losing these opportunities access while not achieving anything beneficial for my constituents.

At every stage since the first announcement of HS2 in March 2010, I have weighed carefully what words and actions of mine would best serve the interests of my constituents and that will continue to be my approach.