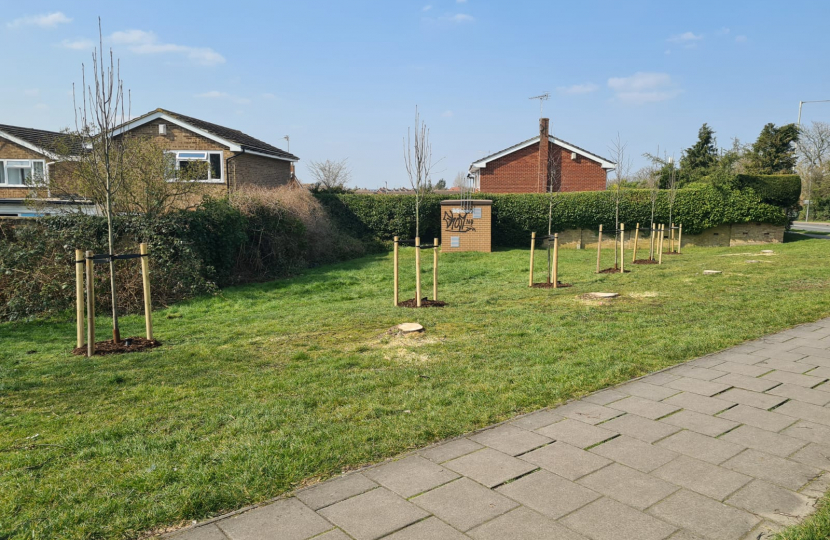 As so many of you will have seen, in late February the 6 lime trees were cut down at the top of Elm Farm Road under the cover of darkness by persons unknown. Both Cllrs Sue Chapple and David Thompson rushed to the area that evening to liase with Transport for Bucks and speak with nearby residents to keep them in the loop as to what was happening.

Cllr Sue Chapple said, “This was a shocking case of vandalism which has been upsetting for many residents. Whoever did this had no regard to people’s safety either as the felled trees were left blocking the footpath. I contacted Transport for Bucks (TfB) straight away and they came and worked late into the night to clear the footpath.”

In early March TfB arranged for the stumps of these trees to be cut down properly and to tidy up the whole area. Sue has been in constant contact with the relevant authorities since the incident and is very pleased to that new trees have now been planted where the original trees were.  Although these trees can never replace what was lost, it does give us some hope for the future.

Today the Local Government Boundary Commission for England (LGBCE) proposed changes for wards that make up Buckinghamshire Council. LGBCE wants to hear what the residents and nearby organisations think about these new boundaries.