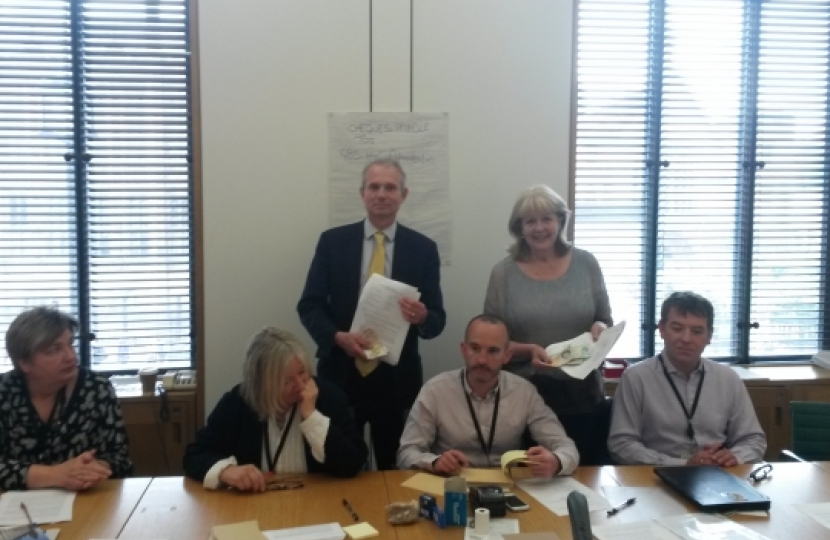 I have evidence to the Lords Committee on 2 November. This is an abbreviated version of what I said.

Wendover is one of the most seriously affected communities along the entire Phase One route.

The Bill provides for two 500 metre viaducts in Wendover parish, each, measured to the catenary, up to 25 metres in height.  HS2 plans six metre high noise barriers, which, yes, will provide some protection, but also visual intrusion in the heart of the Chilterns AONB.  And despite the Green Tunnel 400 to 800 properties at either end of Wendover will be exposed to LAmax noise peaks of more than 60 decibels between 5 a.m. and midnight, every day that trains operate once the line is in full use.

My constituents get no benefit, in terms of improved rail travel.  There is no provision for javelin trains to operate like they do on HS1.

Local people have put in a great deal of work at their own expense to provide a fully fleshed-out model for a mined tunnel that would be both cost-effective and practical, drawing on previous experience of OTB on similar projects.  They’ve taken into account the promoters’ concerns about the cost of a deep bore tunnel and of the risk to the project’s timetable.

This new plan will deliver all those objectives.  It follows the current route alignment, and could be taken forward without an Additional Provision, relying instead on a Transport and Works Act Order and the cooperation of local landowners.  Such Orders have used for other major infrastructure projects like Crossrail and HS1 after their Bills had received royal assent, so there’s no need to slow down the legislative process.

I completely understand why the Committee will be cautious about any idea of making serious changes to the Bill at this stage, but I believe that the proposal my constituents are making, that you direct the promoter to carry out a detailed review of these plans, with independent oversight, separate from either the promoter or the Department, is something that is within the purview of the Committee.

If there is a proposed alternative that would provide demonstrable benefits to my constituents in Wendover, give them some compensation for the harm that undoubtedly will be done to their amenity, as everyone, including the promoter, acknowledges, then the Committee should consider that seriously.

This alternative would both deliver those benefits to my constituents, and cost less than the promoter’s own proposed design. We should not pass that opportunity by. My constituents are being asked to accept this scheme in the overall national interest, to bear a considerable cost and receive no direct benefit. We should look for a way to reassure them that the democratic system is sensitive to their interests and concerns.  The scheme being put would be a fair way in which to provide that reassurance and those benefits to my constituents.