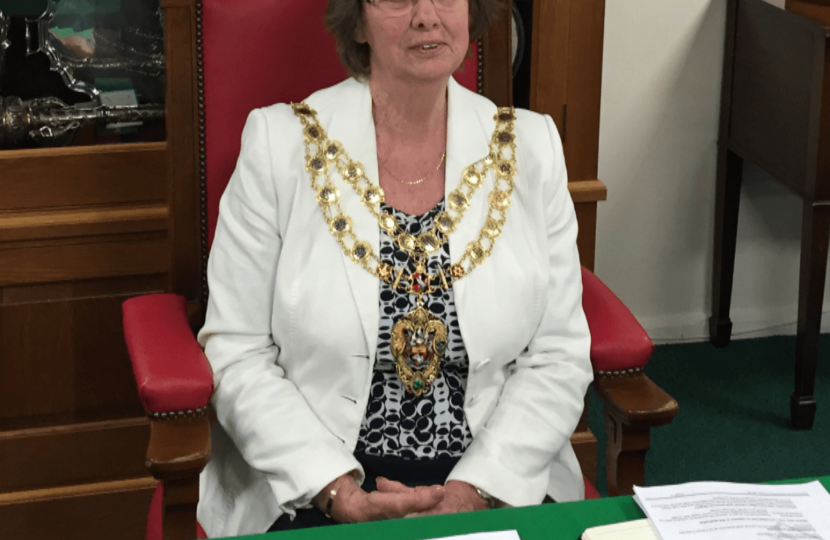 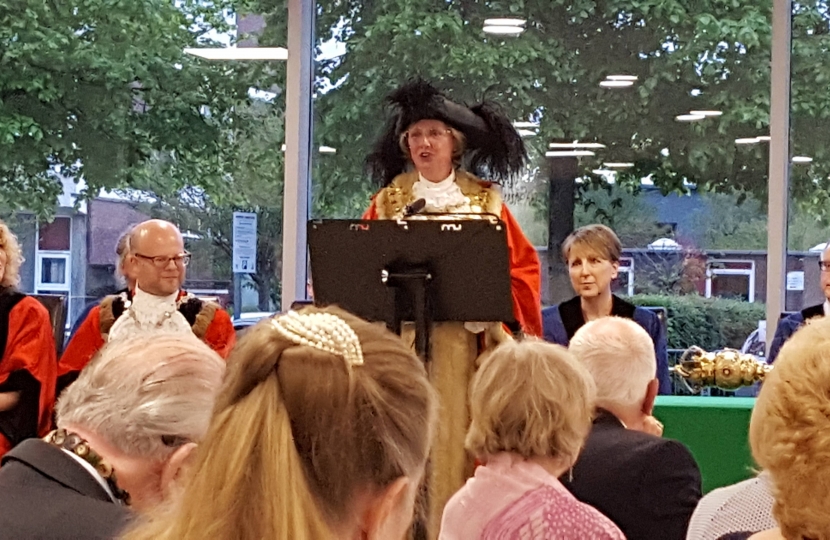 The Conservative Group on Aylesbury Town Council were delighted to support Central ward Councillor Barbara Russel on Thursday evening when she was elected Mayor of Aylesbury, she will be assisted by her newly elected Deputy Mayor Councillor Tom Hunter-Watts. Barbara will be handed the Chain of Office officially from the outgoing Mayor on Friday 20th May at the Mayor Making ceremony to be held at Aylesbury College.

Barbara has expressed her delight at the honour of being elected to represent the town she and her family have called home for over three decades. As Mayor Barbara will Chair Aylesbury Town Full Council meetings as well as carrying out civic duties as the first citizen of the town.

Conservative Town Council Group Leader Councillor Denise Summers said, “The group are all thrilled that Barbara has been elected Mayor, she is a hard working local Councillor and will carry this enthusiasm over to her role as Mayor. As a former Mayor myself I know what an honour it is to have been elected by your peers for such a position and Barbara has such an exciting year ahead of her. She will get to see just how many amazing organisations and charities we have in our town and the inspirational work that goes on which often flies under the radar.”

Barbara’s ward colleague, Councillor Edward Sims, supported her election saying “I see first-hand the great work that Barbara has been doing since elected as a Councillor in 2011. I have no doubt she will make an outstanding Mayor as well as continuing to take up casework and issues for our local residents.”