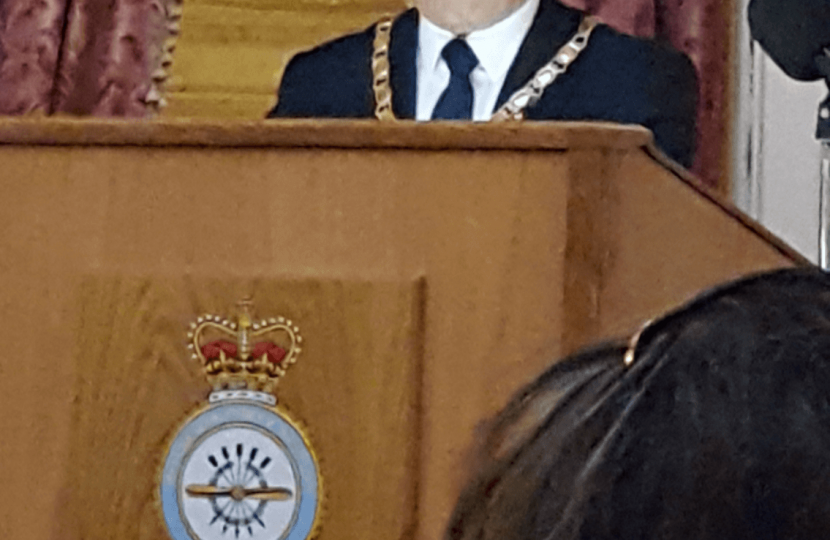 County Council Chairman Bill Chapple OBE, who represents Aston Clinton & Bierton division, has paid tribute to those in the voluntary, civic, business and community sectors, for their contribution to Buckinghamshire life during his year in office.

Bill told guests at the gathering, hosted at the Halton House courtesy of RAF Commanding Officer Adrian Burns, about some of his 130 engagements over the last year which ranged from from royal visits to local charity events and paid tribute to the hard work community groups do up and down the County.

He said his whirlwind year of engagements had marked several anniversaries: a special Citizens' Ceremony at Taplow Court with the Duke of Gloucester to mark the 800th anniversary of the Magna Carta, a garden party at Waddesdon Manor to celebrate 100 years of the Women's Institute, and a church service at St Mary's, Aylesbury, to mark the Queen's 90th birthday.

During the evening, the RAF Halton Clarinet Quartet provided music and a C17 Globemaker transport plane made a special fly-past.