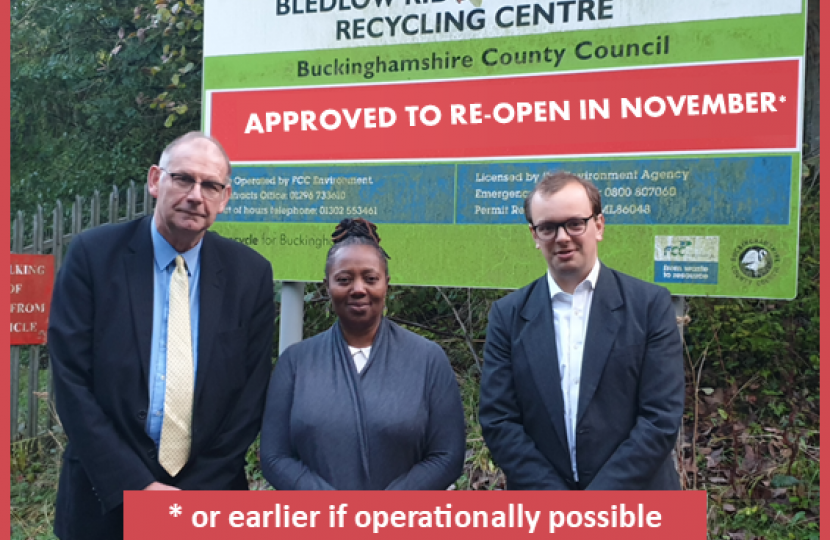 Today at Buckinghamshire Council’s Cabinet meeting it was agreed that the Bledlow Household Recycling Centre, which closed in 2019, has been approved to be re-opened. The Ridgeway West team have been fundamental in leading the campaign to re-open this well used local amenity for all of the residents of Ridgeway West, and beyond.

Cllr Carl Etholen worked closely with local Parish Councils and Town Councils, residents and interested stakeholders in setting up a Community Interest Company to explore the possibility of the site being run independently of the Council. Now with this decision this morning, something the residents have been crying out for, it will see the site reopened five days a week, closed on a Wednesday and Thursday.

Cllr Carl Etholen said, “It has been a long and fraught road to see the recycling centre approved to be re-opened and I would like to thank Shade & Robert for their support as well as the numerous Parish Councillors, residents and the late Bill Bendyshe-Brown who have been invaluable. Following this decision, the site is due to re-open in November, or potentially earlier if operationally possible. The site will be free to visit for Bucks residents, with charges for non-household waste but residents from Oxfordshire will have to pay a fee.”